It’s haiku, Jim, but not as we know it

November 21, 2013
First published in 'The Brief', Newsletter of the British Haiku Society, November 2013


It was delightfully appropriate that an email request in August this year to comment on inter-planetary haiku was preceded by the word, ‘Greetings!’ The only bit missing was, ‘Earthlings’.

November 18th 2013 is the scheduled launch date of NASA’s MAVEN (Mars Atmosphere and Volatile Evolution Mission), a spacecraft that will explore the red planet’s upper atmosphere, ionosphere and interactions with the sun and solar wind. It will also deliver thousands of space and mars-inspired haiku to whatever audience might be lurking there. Or at least that was NASA’s intention when they announced their online haiku contest in March this year. Public voting took place during May and June.

There were over 12,000 entries and over 39,000 votes. An enthusiasm for poetry writing that was only eclipsed by the staggering absence of any poetry. Or at least that was my reaction to the few dozen I read through when the BBC World Service asked if I could comment on the winning entries and give a general overview of the submissions.

I don’t doubt the sincerity of people or their ability to communicate an idea. But sincerity and ideas don’t make a haiku. This was the winning entry:

It’s funny, they named Mars
after the God of War
Have a look at Earth

Maven’s engineers
write in binary while we
count some syllables.


Of course, the old syllable count, chopped up sentence approach. 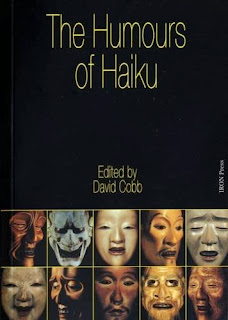 Before the programme went live the interviewer at the BBC confided, ‘We don’t want you to be nice about these.’ That was a relief. But, let’s be honest, this wasn’t a haiku competition. It was a publicity event to raise awareness of the MAVEN project. And NASA defined a haiku as, ‘a poem made of three lines; the first and last lines must have exactly five syllables each and the middle line must have exactly seven syllables.’


So what could I say? That the counting of syllables to make haiku has its roots in literary misinterpretation. That poetry is about suggestion and understatement. That the best haiku are small epiphanies. Snapshots of the quotidian taken from unexpected angles, perhaps with a startling depth of focus. The tiniest of elegies. Breaths of emotion, some light, some dark. (David Cobb, Foreword, The Humours of Haiku (Iron Press 2012)

I hope there are some crafted haiku among all those barren syllables hurtling towards the red planet. Some simple words that will help illuminate life on our tiny planet, if only for the sake of the mental health of any Martians who might end up trawling through them.

If you have the time and inclination (and don’t mind losing the will to live) you can check out all the submitted haiku at this link.