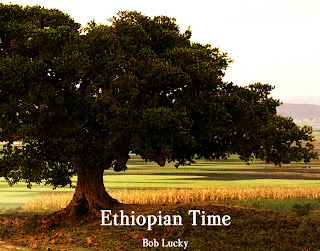 The blurb on the publisher's website says of this haibun and tanka prose collection: Bob takes the foreign and makes it familiar. Then he takes the familiar and the ordinary and turns it completely foreign.

That's a pretty good summary of my immediate response to the work. The opening haibun, "New Home," talks about exploring a new neighbourhood, the affluent area, teething problems with the house's electrical system. It also shows us the road from the house slick with mud; there are watchmen carry[ing] AK47s; and recounts the plumber's advice to wear flip-flops in the shower to prevent us from getting shocked. I don't know about you but I generally, extreme weather conditions excepted, take the hard surface of my roads for granted. There are no automatic weapons carried openly on the streets around my home. I do not worry about being electrocuted before stepping into the shower.

The haibun's concluding haiku reinforces the idea that violence and threat are the narrator's new neighbours:

sunset
along the wall the gleam
of razor wire

There are always literary risks involved in portraying a new life in a new country. I came up against it myself when I moved to France: the risk of idealising the novel and unfamiliar aspects because they excited and pleased me, alongside the risk of dramatizing the same because they challenged and threatened me. Although the challenges and threats in France, in contrast to Ethiopia, tended to be more bureaucratic than terror-based.

Bob Lucky avoids both the "rose tinted glasses" and the "bloody battle" effects by maintaining a measured and understated voice throughout the collection. He also balances his perceptions of a foreign and unfamiliar world—he spent four years in Ethiopia—with glimpses into the private (yet universal) and natural worlds, into the vagaries of the quotidian, ageing, health and climate.

I was particularly struck by the quality of the accompanying haiku in the collection. For the most part they're sparkling stand alones: something I aspire to and often fail to achieve in my own haibun. Here are the opening and closing haiku to "Keeping Track":

drool on my pillow
the thread of a dream
unravels

The brief paragraph of prose they sandwich does what we all want a haibun to do: expand the meaning of the two parts.

My wife reminds me it's my birthday. At a certain age, no one allows you to forget anything. Later, everyone's amazed when you remember anything.

We shift, with the first haiku, from a suggestion of ageing and the ethereal, to the pragmatism and irony of the prose, and finally to the juxtaposition of the natural and human worlds, of dry/damp, of discomfort/satisfaction, in the closing haiku. And we end up with more than just a prose sandwich; here's a vignette that captures our tenuous human grasp on life, the temporary footprint we make, the simple things that can make that life enjoyable, worth living.

There are a clutch of prose poems included in the collection: that is, paragraphs of prose without any haiku. (Please relocate for any discussion of whether haiku-less—or poem-less—haibun can exist: for me they don't.) And they sit comfortably within the body of work; surrounded as they are with the haiku offspring of other adjacent passages. I'm less sure of the tanka prose pieces because the tanka often feel more like extended haiku:

"Some Notes on Paradise" concludes with:

The two principal components, taking inventory in the garden and the concluding statement, produce, for me, a 5 line haiku. And that's fine. I'm only being picky because of the publisher's explicit mention of tanka prose.

My other picky point about the collection is the page orientation. The landscape format creates short, but wide, pages so, here and there, there's a "widow and orphan" effect of a few lines of concluding prose being shunted to the top of an otherwise blank page, or a final tanka drifting on its own in white space, and this oddness interrupts the flow of reading.

But I can tolerate these kinks within a framework of linguistic and tonal sleekness. These are deceptively simple haibun: no impression of textual leisure, of invitation and ease, are ever arrived at without the hard work of craft and editing. And Bob Lucky wears his knowledge gently too: references to Robert Frost. Ezra Pound, Slavoj Žižek, Bruegel, as well as Ethiopian culture and traditions, are seamlessly woven into the narratives without any whiff of didacticism.

The quiet subtleties of the writing are commendably illustrated in the following haibun:

Dead from lack of love or food or simply a boot in the ribs, the cat outside my gate meows no more. I'd pay a beggar to take it away, but not one is willing to lose his turf for a few birr and a dead cat. It's a nice afternoon—cool in the shade, warm in the sun—but not a good day to be a dead cat. Or someone who has to remove a dead cat.

steady breeze
the warp in the sprinkler's
rainbow

There's a delicate balance between irony and emotion. There's no hint of the maudlin (a congratulatory achievement when writing about cats) and the closing haiku links (the outside environments in both prose and haiku) and shifts to the idea of imperfection that exists even in beauty. We don't leave the haibun mouthing a syrupy "Awww . . ."; we leave it with the epiphany of "Ahhh . . . ."

It's a personal tic but with any collection of poetry/poetic prose I always like to examine the final piece in the light of its position. Why might the author have finished here? How does it work as a finale?

Gravity was strong today. My feet barely left the earth. The sky was bird-less. Pied crows, wattled ibises, kites, all the birds, gathered on the soccer pitch and pecked at the turf. Clouds crashed around me, sank underground, giving me the impression, in spite of the effort needed to drag my soul all the way to dusk, that this could be heaven on earth. So I began to pay attention.

I detect a slight shift in tone here. The playfulness ("My feet barely left the earth") is cloaked with seriousness (a synonym for the title). There's a more explicit reference to the narrator's mood, in comparison to the general implicitness, the "show not tell" approach, in the rest of the collection. As a reader I feel the "weight of the world" too as the narrator forces himself through the day. The realisation of "heaven on earth" placed on the final page reads like an acceptance of the "Time" spent in a country of other-worldness, of challenge. And "So I began to pay attention" could not be a better exhortation with which to move forward. To another home, another writing project, another day. Into the world. Writer and reader in companionship.