how many
become one
sound of rain

I have a particular fondness for line-break – perhaps because I came to haiku from writing free-verse where line-break is the principal structuring tool. But it’s still something that matters to me in constructing haiku, although I approach it with a lighter touch to avoid any overly dramatic effect that a longer poem might be able to carry and dilute.

And it was the idea of line-break that immediately hit me when I first read Salzer’s haiku, on the page and out loud… the idea that the haiku would work as well without any:


how many become one sound of rain

The haiku’s theme of oneness, alongside the option for the reader to pause in multiple places to play with the sense of what Salzer is saying, make it perfect for the monostich form. BUT… that’s not what Salzer chose to do so instead of simply imposing myself on the poem I want to look deeper and appreciate the author’s intention.

The line-breaks definitely slow the poem down: the slight breath pauses at the end of lines 1 and 2 followed by the white space on the page, before we read over to the next line. It creates a more contemplative mood than the words ‘running’ across the page on a single line.

Line 1 poses both a question and a statement: how many? or [this is] how many. It reminds me of the powerful opening to a koan.

And the 3rd line isolates ‘the sound of rain’ adding more power or presence to the image. 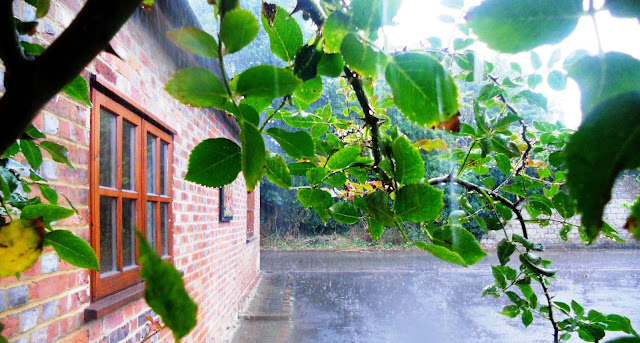 So yes, it works for me in three lines too. But in my head I can’t help it taking on the form of single line that loops me back through itself, enjoyably, again and again.

Published on The Haiku Foundation